Imagine you're having a great day at the office, you've got a brand new feature the customer is dying to have, and you've completed it in record time. You're all ready to get it merged and peer reviewed.

So you commit it, and push it to your build pipeline, where it's analyzed. The build fails. Your analytics tool tells you complexity is too high!

Complexity in software development is Cyclomatic Complexity. Cyclomatic Complexity was first described way back in 1976 by Thomas McCabe, and is in it's essence a numeric value that is the total number of paths an execution through a piece of code could take. The higher this number, the higher the number of routes through a piece of code, and the more behaviors your class will exhibit that you'll need to test for (and opportunities your code has to choose the wrong path).

How to we work out the number?

Take for example this simple method.

We can represent this using a graph. Using a node to represent the start and the end of the code, and a node for every decision made within the graph. In our example there are none, making the complexity simple to work out.

Now we've built our graph, we apply this formula defined by McCabe that counts the number of routes through the code.

What do these letters mean though?

So in this example

So this method has a complexity of 1. There is 1 route through the code.

Okay, but what if we start making our method more complex? Lets add in an if statement in there.

We can represent this with a graph like this 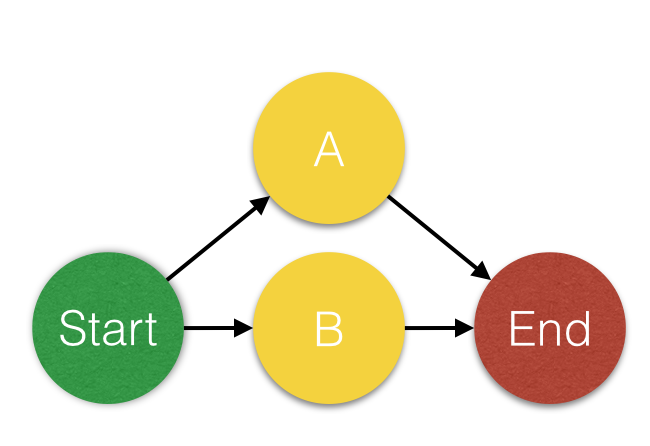 So lets take our formula again

There are 2 routes through the code.

Programs don't just need selection though, they need iteration too! Also known as: Loops. How do we calculate the complexity of this function with a loop in the method?

Here's our updated example with a small loop in it

So lets apply our formula again.

Which means the complexity is

There are 3 paths through the code.

But why is this number important?

This number is important because there are 3 main types of bugs in software:

The complexity number indicates the number of opportunities there are to create a logical error. The lower the complexity, the higher the probability we haven't got a bug in our code.

This is also part of why SOLID encourages you to never have to go back and change a class. Assuming you're adding new functionality to a class, every time you modify it, you're increasing the complexity of the class, which increases the difficulty of testing it, and increases the likelihood you've made a mistake in the logic.

That's what complexity means, and reducing it in your classes and methods will reduct the amount of bugs in your code. Despite it being created a long time ago, it's still an incredibly useful metric.